Government intervention in films and television is both expensive and unwarranted 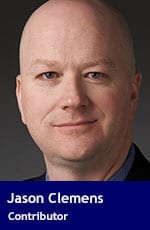 The much-anticipated Island of Bryan (Season 3) started on HGTV a few weeks ago. The series follows well-known builder and entrepreneur Bryan Baeumler and his family as they try to rejuvenate an abandoned resort in the Bahamas.

Baeumler is a successful TV personality from Ontario. And clearly, many Canadians enjoy his shows.

But here’s the problem: Canadian taxpayers subsidize his business adventures.

That’s nothing new in the Canadian TV industry, as subsidies exist for literally hundreds of television shows and films. But the nature of Baeumler’s shows make them more illustrative of the problems with government subsidies for entertainment.

Baeumler has made a cottage industry out of creating television shows that follow him and his family building their own homes. House of Bryan, for instance, had four series between 2010 and 2015. The first followed the construction of their dream home, the second featured the building of a family cottage on Georgian Bay, and the final two followed the construction of their country “forever home.”

The new series, now in its third season, features the trials and tribulations of the Baeumlers as they “go all in” on revitalizing a resort in the Bahamas. There’s been no shortage of drama for the new show, including COVID-19, a hurricane and the quest for materials and labour in a remote location, which makes for good television.

Some Baeumler shows have been the most-watched on HGTV, indicating enormous support by viewers. And that’s how markets should work. If enough people watch the shows, both the network and the Baeumlers prosper.

But that’s not the end of the story. Both the federal and Ontario governments subsidize the Baeumler shows, meaning taxpayers involuntarily contribute to these programs and the personal benefits – that’s two houses, one cottage and an island resort – reaped by the Baeumlers.

The current show specifically acknowledges it’s “produced with the participation of the Canadian Film and Video Production Tax Credit,” which provides a refundable tax credit of up to 25 per cent of the value of eligible and qualified labour, up to a total of 60 per cent of the cost of film or video production.

That might be one of the reasons that Island of Bryan features so many Canadian labourers instead of workers from the United States, which is closer to the Bahamas.

According to the federal Department of Finance, the estimated total cost of this tax credit in 2021 is $265 million. There’s also another tax credit, the Film or Video Production Services Tax Credit, estimated to cost another $285 million (though it’s not clear if the Baeumlers’ company claims this credit).

The show also acknowledges the “assistance of the Ontario Film and Television Tax Credit,” which covers 35 per cent of eligible Ontario labour costs. All told, the Ontario government estimates this tax credit cost $212 million in 2019-20.

Again, this is the problem. The federal and provincial governments have intervened to subsidize entertainment with the federal government, for instance, claiming such spending achieves “a social objective” and “supports business activity.”

How resurrecting a resort in the Bahamas provides either a social benefit or supports business activity in Canada is beyond me.

But more importantly, there’s no need. Baeumler’s shows are successful. They should be able to stand on their own. That’s how markets should work. They reward entrepreneurs, business owners and workers who provide desired goods and services to people at prices they’re willing to pay.

Government intervention in films and television is both expensive and unwarranted, taking hundreds of millions of dollars from regular hard-working Canadians and giving it to ‘entrepreneurs’ like Baeumler, who has an estimated net worth of more than $20 million.

Given the state of government finances federally and in Ontario, it’s high time to eliminate these programs and force entertainers to survive based solely on the decisions of viewers rather than politicians and bureaucrats.

Jason Clemens is an economist with the Fraser Institute.

Jason is one of our Thought Leaders. For interview requests, click here.